Unauthorized use and/or duplication of this material without express and written permission from this site’s author and/or owner is strictly prohibited. Excerpts and links may be used, provided that full and clear credit is given to Dawn Y. and Petals.Paper.SimpleThymes with appropriate and specific direction to the original content.

Making Cards for Our Nation's Heroes 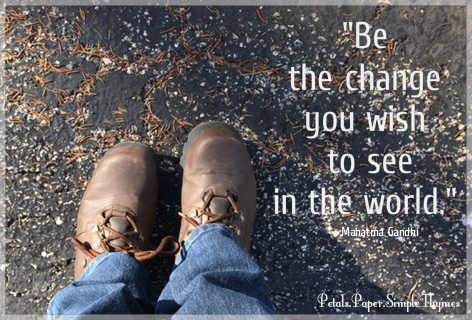 It’s been a very long time since I last walked to school. This late winter morning, for the first time since the early 1970s, I bundled up in layers and headed out the door. I planned this walk several weeks ago and a windchill of 2o degrees would not deter my walk on this historic morning. I was taking important steps…

The sun shone brightly as I stepped carefully over the icy patches on the sidewalks, detouring onto the snowy grass from time to time. It felt important, as though something BIG was about to happen! As I walked, I met up with friendly teenagers hurrying to their classes. I’m sure that they felt it, too. As I walked with one high school student, I told her that I was coming to school to ‘stand’ with all of the students and teachers… and she smiled and thanked me. Although I retired from teaching six years ago, there is still very important work to be done!

Of course, I was early… I’m always early! (“Anticipate the bell.” 🙂 “Early is on time, on time is late!” 🙂 ) These words still make me smile warmly as I reflect back upon my thirty-five happy years of teaching young children. ♥ As I walked around the quiet neighborhood surrounding our local high school, my thoughts turned to my own school days, both as a student and a teacher. So much has changed over the years…

Today was the National School Walkout as students, young and old, across America raised their collective voices against the ongoing crisis of gun violence in our society. Today marks the heartbreaking one-month anniversary of the massacre of 17 students at Marjory Stoneman Douglas High School, in Parkland, Florida. Massive student protests spread across our land beginning at 10:00 in each time zone. Organizers planned the National School Walkout to highlight “Congress’ inaction against the gun violence plaguing our schools and neighborhoods.” I knew that I must stand with our students and their teachers on this day.

At 10:00, the school doors opened and hundreds of students walked out and assembled in front of their high school. They had planned ahead and many wore red and black. Many students carried hand-lettered signs. Their speeches lasted for 17 minutes, in remembrance of the 17 lives taken by gun violence in Florida. As I listened from a distance, my eyes filled with tears for all of the school children and their teachers across our nation who face fears for their safety in their classrooms. My heart swelled with pride for all of the young Americans who are taking steps to solve our national epidemic and to create a brighter future.

In between the speeches, there was much chanting,

united to send a strong message to our lawmakers and leaders.

Listen to their words…

“We are the future voters.”

“We are the change!”

“Thoughts and prayers are NOT enough!” 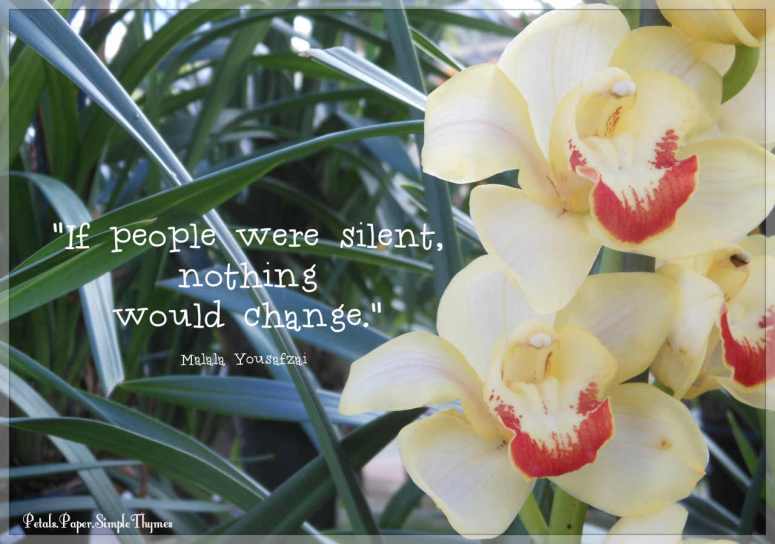 Between their powerful chants, there were loud reminders to pick up contact information for our lawmakers, write letters, make phone calls, and send texts. Eighteen-year-olds were reminded to vote in our upcoming elections. After 17 minutes, the young protestors respectfully filed back through the school doors and went on with their studies. It was most definitely a powerful, teachable moment… one they are certain to carry with them into adulthood.

The gathering of community members who came to ‘stand’ with our high school students clapped with pride as we listened to their voices. Parents tried to explain to their preschoolers what the ‘big kids’ were doing today. I met other retired teachers who also came to show support. High school alumni shared their pride, as well. The tv news crew packed away their huge camera as the protest came to an end.

It feels like this is only a beginning for our nation! The March for Our Lives rally for school safety, on March 24th, is expected to draw hundreds of thousands of marchers to our nation’s capital.

Another round of National School Walkouts is planned for April 20th, on the 19th anniversary of the Columbine High School shootings in Colorado.

Malala’s words give me much hope…

“One child, one teacher,

one book, one pen can change the world.”

I'd love to hear your thoughts! Cancel reply

This site uses Akismet to reduce spam. Learn how your comment data is processed.